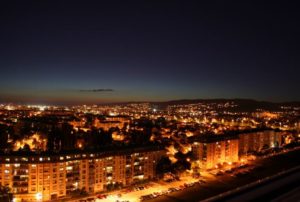 Zagreb might not have the beautiful coastline, the sandy beaches, and the Bluewater that everyone associates with Croatia but it is a seriously underrated travel destination. Part of what makes Zagreb so special is the people, the architecture, and the city itself. Here are 6 things to do while in this beautiful city. 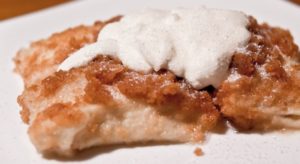 The first thing on this list is a food dish that’s peculiar to Zagreb and it is called Strukli. This is a filled pastry made with dough; it is usually served savory baked in the oven or sweet as a dessert. They come boiled, dipped, and cream and some of them come in soups. My favorite was the cottage cheese one that was really creamy and salty. You can get sweet ones too like cinnamon and apple.

Cost
Zagreb might be the capital of Croatia but the prices are nowhere near as big. So if you are a budget traveler you’ll be stoked to know that it competes with a lot of well-known cheap Eastern European cities. 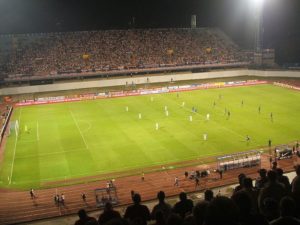 Football Game in Zagreb
This may seem like a weird thing to include but it is worth it. Going to a football game in Zagreb can be one of the most random and memorable experiences of your life. The real show isn’t necessarily the football it’s the supporters that come along with it and they’re called the bad blue boys. The exciting thing about this thing is that they get flares and fire and it just goes off in the stadium.

Zagreb Cathedral
Zagreb Cathedral is the tallest building in Croatia and it also has a pretty rough history like fires and attacks and earthquakes. It is a hundred meters tall, so it looks pretty good and it’s very impressive. St. Mark’s Cathedral also has a really stunning tiled rooftop and old war tunnels. There has also been yellow church square which was a spot where Croatia well sort of had the big celebrations after they came second in the World Cup celebrating their heroes.

The Craft Beer
The craft beer in Zagreb is definitely unique or possibly the best I have ever tasted anywhere in the world. My favorite was the Medvedgrad beer – it is red but has a creamy taste. You can find this drink in a few different bars around Zagreb. 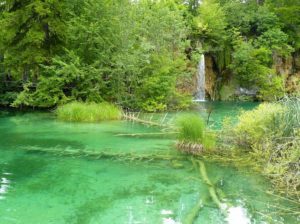 The Flippers Lakes
My final reason to visit Zagreb is not strictly something to do in Zagreb but it is definitely a good reason to visit. The location is actually amazing considering how close it is to so many other things around it. The Flippers Lakes are one of the most popular things to do in Croatia. You can get to the coast within three or four hours driving and the locals are always happy to share recommendations.